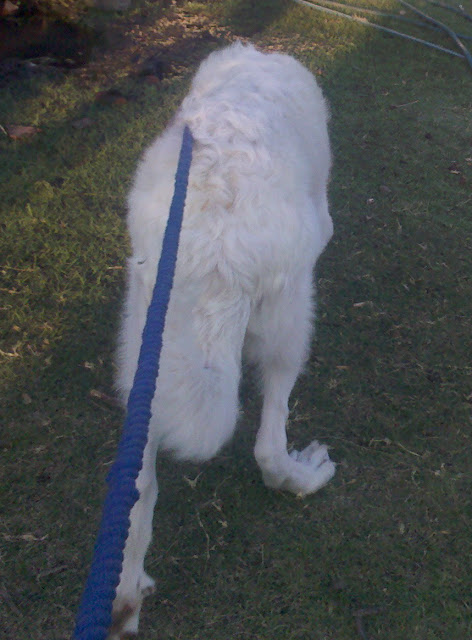 Remember when tying your shoe was a huge accomplishment?  That's what I tell my daughter when she gets frustrated with a new challenge.  We have to give ourselves some time for our eyes and fingers to get practiced at the new task until it becomes second nature.  Once we get there, we wonder what all the fuss was about.

I'm reminding myself now to be patient as we teach the puppies their jobs as pasture guards.  We are working through a series of conditions that will allow the pups to assume their duties gradually, as they are able to be successful.  I'm also an admitted control freak, and I don't want there to be any mishaps.

Now that the puppies are separated into their permanent pastures, I've begun walking each one around his or her space to learn the boundaries, and get acquainted with the other critters who live there.  Each time, the dogs become calmer and less crazy at the prospect of some freedom.  They both know "sit" and to a lesser extent, "come." We wouldn't win any obedience trials, but it helps.  Of course, we're still on leash at this point.

Tella's goals are to be quiet around the ewes and lambs, and then we'll go work in the wether [sic] pen with Judah.  Mary Elizabeth butted Tella pretty good the other day when she got too close to the lambs, so she's learned to give them some space.  Better learn that lesson from Mary Elizabeth and not Phineas, who could knock her into next week.

Vanni is learning what the heck an alpaca is.  He's only used to sheep, and these big tall things just need a good barking at when they get close.  He's also a bit rambunctious for Ruthie's taste just yet.  Time will smooth this out, I'm sure.  The one huge blessing is that he hasn't shown any interest in chasing chickens.  Chicken chasing, especially for Vanni, would be a terrible issue, and hard to break.

I think the oppressive heat is on our side in this:  it's too uncomfortable to go puppy-berserk while on the leash.  Training in the fall with its lovely crisp air might have taken more upper body strength on my part.  Tella, at least, can be a heat seeking missile when she comes out of her pen, and we don't need any more inspiration for them to expend excess energy.

Poor Vanni is only halfway through his incarceration with the cone.  Usually, when I come to visit him, he scrapes that cone along the fence like an inmate with a tin cup. I took it off yesterday while we were on our walk, just to give him a little relief, and so that I could see if there was any irritation going on under all that muddy wet hair around his neck.  So far so good.   You can imagine his elation at being able to rub his face again, and regain some peripheral vision.  That new vision helped us on our walk around the pasture, and I avoided having it whack into me as he threw his head back and forth to take in the sights.  It killed me to put it back on after our walk, but he sat still and didn't even protest.  His sweet nature goes clean to the bone. 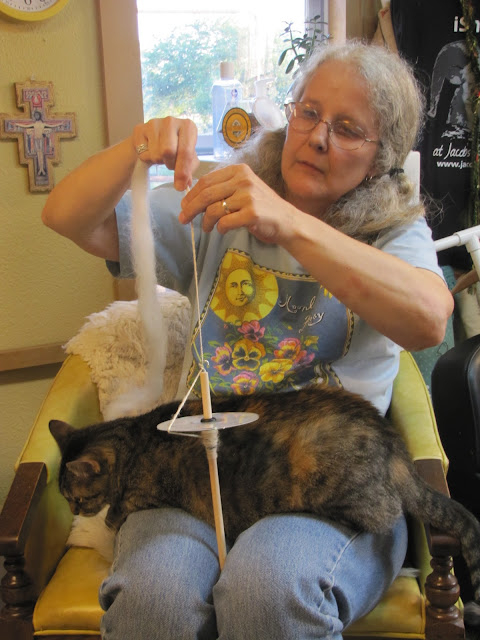 And speaking of learning curves...  I was delighted to welcome our new friend Joy to the LRB last night for spinning lessons.  Joy read Saturday's Dallas Morning News article, and realized this was her chance to finally learn to spin (she is a weaver and knitter).  We had a fascinating visit getting to know each other, and she left with a lot of great yarn on her spindle and more fiber under her arm.  Fortunately, she loves cats, because Smokey would not leave her alone.  Joy said that it was preparation for her own spinning at home, where her collection of cats would undoubtedly add to the normal degree of difficulty.  Next week - plying on the wheel!

Learning is change, and change is hard, but ever so worth it.
Email Post
Labels: Joy learning curve LGD Maremma Tella Vanni 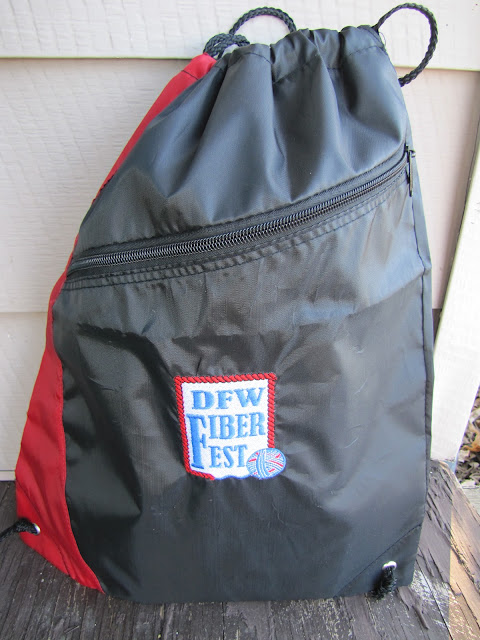 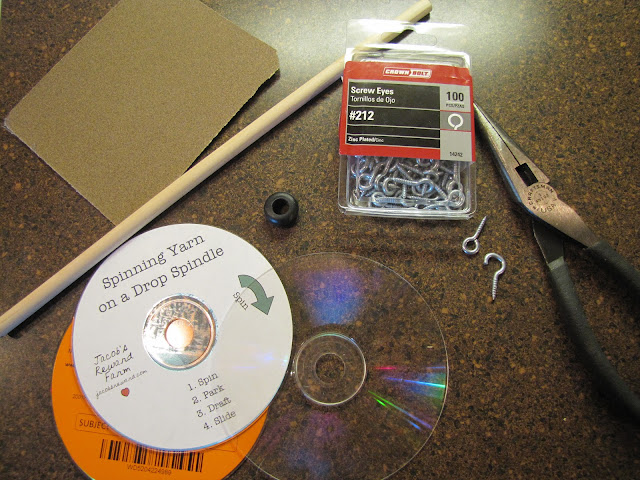